This page describes how to add or edit the characters and states that are available in Identification Keys. To edit which character states are applied to a given taxon, visit the Editing ID Key States for Taxa page.

A user must have Identification Keys Administrator access to edit character and state values in a portal, since these edits affect the entire portal, not just a single checklist.

Identification keys are built from a list of characters that each have multiple states.

Characters are categories of traits that are shared across all members of a taxon (e.g., “average wing length” or “leaf phyllotaxy”).

A state is the specific trait that is shared within the taxon (e.g., “3-15 mm” or “opposite”, for each of the characters above). At this time, states can only be categorical (i.e., you cannot enter a number value).

Changes made to characters and character states affect all identification keys and checklists across the portal. Please coordinate changes with other ID Key Administrators, when possible.

Characters may be grouped together, for example, by anatomy or other similarities, as shown in the example from SEINet below.

Clicking on the name of a grouping will collapse or expand the characters underneath that grouping.

To add a new character, click the green plus sign at the top right corner of the page. You will be prompted to add some information that will later be found in the Details tab of the character editor (see below).

To edit a character, click on the name of the character.

You can also decide whether to show or hide characters by selecting “Hidden” from the Difficulty dropdown menu. 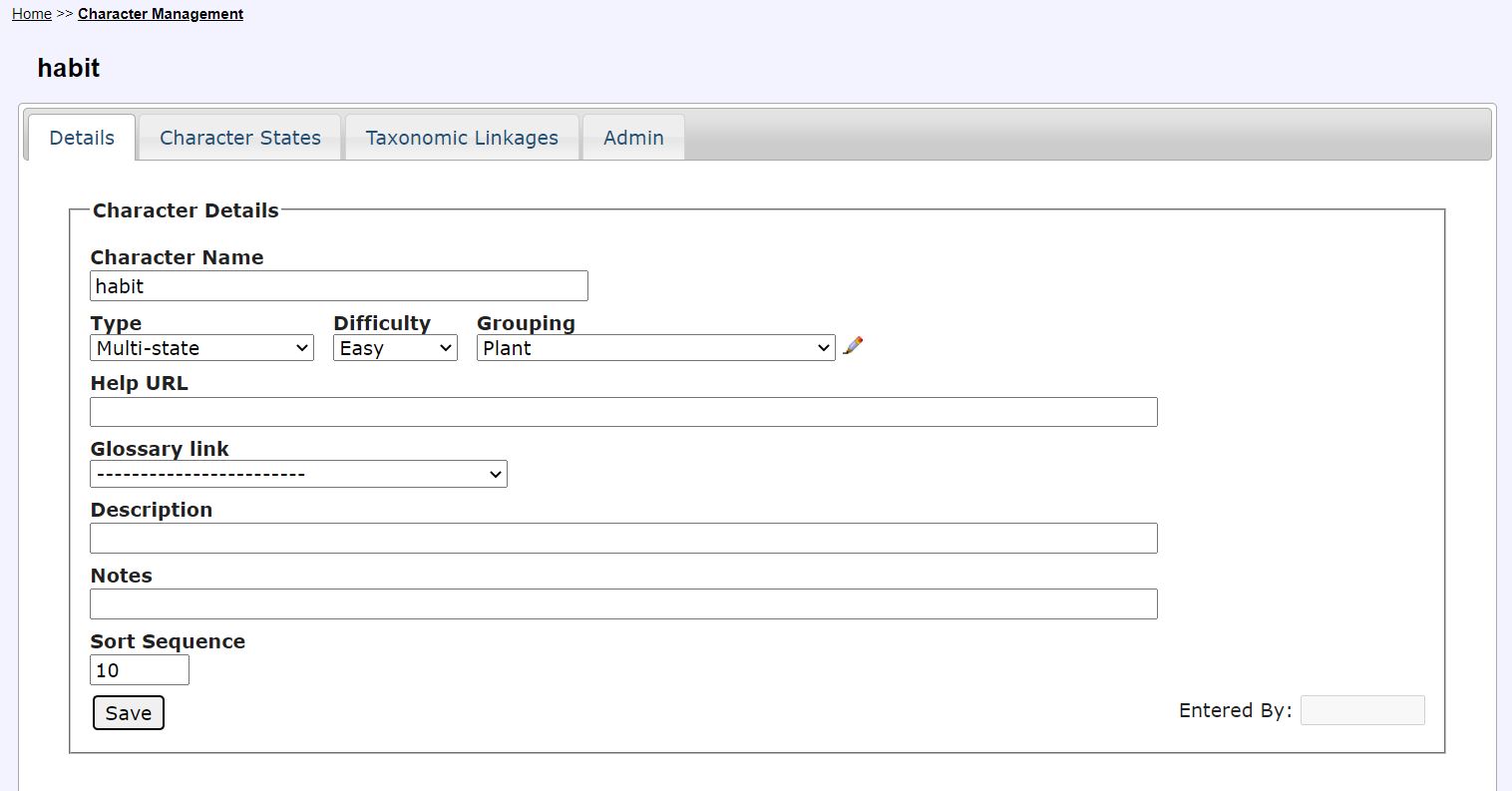 In the Taxonomic Linkages tab, you can apply the character to the highest phylogenetic/taxonomic node to which a character belongs. For example, if a character applies to all plants, you would apply the character to the entire kingdom Plantae. Taxonomic branches can also be excluded. For example, if a character was relevant to all families in an order except one, you could set the “Relevance to taxon” = “Relevant” for the order, then add the excluded family with “Relevance to taxon” = “Exclude”.

The final “Admin” tab allows you to delete the character. All character states must be removed from the character before it can be deleted.

To add a new character state, click the green plus sign at the top right side of the page (highlighted below).